by Mark at Pilot | University news 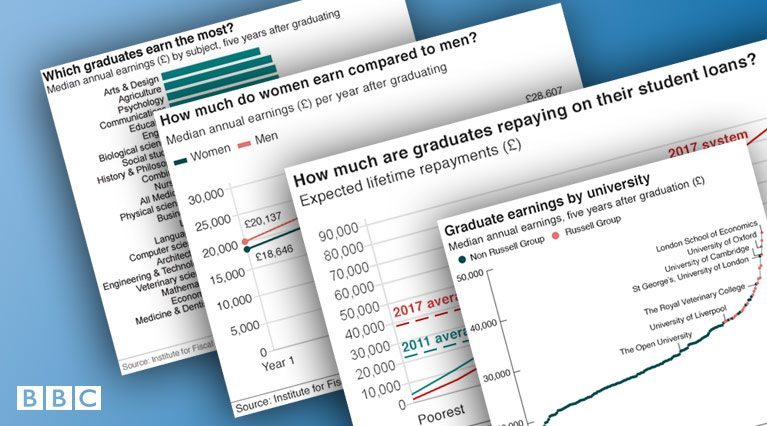 This month, the BBC published a fascinating report which looks at the earnings potential of graduates in different fields and from different universities. It also touches on graduate debt. The data shows that there is a clear association between the field of study and the future earnings of the students. Choice of university or institution also appears to make a difference although we should bear in mind that those graduates who manage to get into the likes of Oxford and Cambridge were already high flyers with excellent exam grades, so future earnings are not necessarily directly attributable to the universities themselves. It’s perhaps a bit of a chicken and egg situation in that respect. 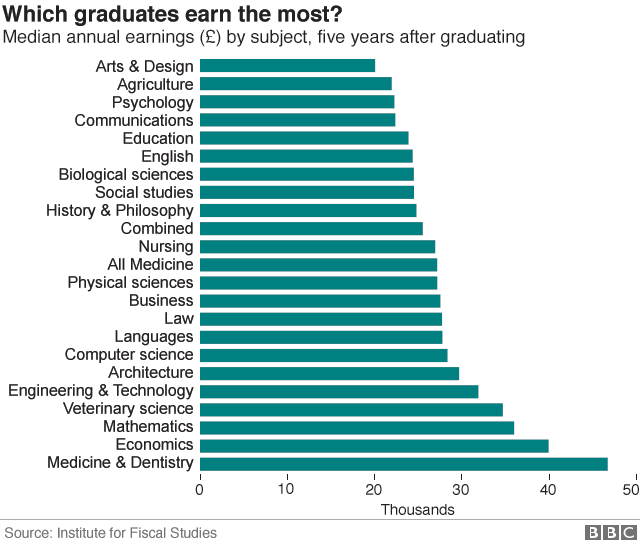 The report also shows the gap between the highest and lowest earners widening as time progresses beyond the five year benchmark. Examples are law, economics and management students who graduate from the LSE. Ten percent of their male graduates are earning more than £300k by the time they reach their early thirties.

The report goes on to highlight the gender gap, with men earning 8% more than women within one year and 14% more within five. Interestingly, though, the 14% gap is twice that of non-graduates, so a degree evens the field a little.

Family wealth also has a huge impact, according to the report. Firstly, students from more affluent households are more likely to go to university AND are more likely to end up in the more selective institutions. By the time they’re in their early thirties, male graduates from households earning over £50k per annum will typically be earning 20% more than those originating from lower income households. For women the equivalent boost is 16%.

It’s also very telling to learn that more affluent students will earn 10% more than less affluent graduates even when they studied identical degree courses at the same university.

To view more detail about the report, including interesting findings on the significantly increasing levels of debt experienced by graduates, visit http://www.bbc.co.uk/news/education-41693230

The report was commissioned from Dr Jack Britton, a senior research economist from the Institute for Fiscal Studies. Charts by Becca Meier.

Our interest in university-related news stems from us being a leading supplier of thesis and dissertation printing and binding services to degree students from universities and institutions all over the UK. Students can upload their thesis or dissertation as an Acrobat PDF file and order printing and binding online from our website. They can choose all sorts of optional extras if they wish, along with different turnaround times and delivery options. Alternatively they can order in person from our London SE1 shop in Southwark Bridge Road, near London Bridge. Either way, they can be sure of a first class job and great attention to detail as our many customer reviews, ratings and testimonials will show. Call 020 7928 9738 or follow the bold links in this article for further information.