Dissertation Printing and Binding to the University of Birmingham Specification.

Get a Quote and Place an Order

Please click below to get a quote or place your order.

We can print and bind ready for delivery to Birmingham the next day.

If You’re Looking for a Fast, Reliable Thesis Print and Bind Service, The Document Centre can Help

You’ve been slaving over your keyboard for weeks (or days, we know some people love to work to a deadline). The culmination of all your studying and hard work is almost complete.

You have finished writing. You just need to get it printed and bound to the University of Birmingham specification. And ideally a nice copy for your own bookshelf.

The Document Centre specialises in printing and binding documents. Every year we bind in excess of 10,000 documents, books, thesis and dissertations. In fact, the majority of our binding work is for students like you.

We know exactly what you are going through

Having worked with thousands of students at this critical time, we know how stressful it can be. Whether it is a culmination of 3 days without sleep or a few weeks of stress and building panic. You are not alone. Our team are here to help you get your thesis bound to regulation and delivered on time.

You give us a few details plus the PDF of your document and we’ll do the rest.

Time is of the essence, so we work fast

Missing your submission deadline can be costly. And we know that sometimes you finish writing a little later than you had hoped. Don’t worry, we can handle that.

We offer a guaranteed same day turnaround for most print and bind orders. So you can have your Thesis delivered to Birmingham University tomorrow!

Although we work fast, we remain calm and professional throughout. We treat each and every order as if it was for ourselves. 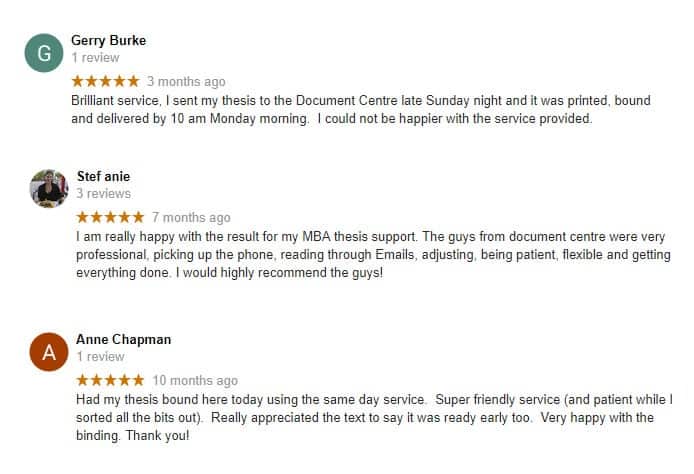 We have already helped 1,000s of students like You

In 2017 alone, we bound 8,247 thesis and dissertations for 3,862 customers. These were bound to University regulations and personal copies.

Did you know you can get your own copy bound to your own requirements? Just let us know! 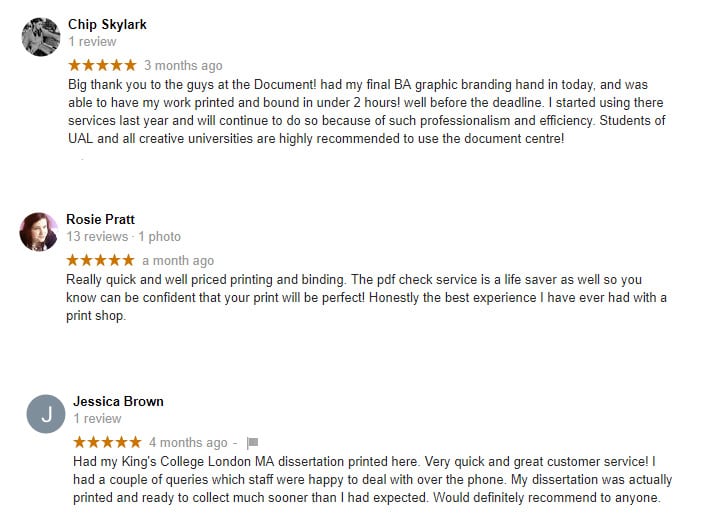 What our customers say

I found the service provided to be very clear and simple online and the people i spoke to on the phone most helpful.  The quality of the final document was high and the turnaround time was as promised.  I would certainly recommend this company, an excellent all round service!
Thank you all for making it so easy to get my thesis bound.  I have to agree with everyone else; your calm nature when dealing with something so personal as submitting the culmination of years of work was just right.  Thank you again!  So professional.

1. Holds the record for the tallest free-standing clock tower in the world
The Joseph Chamberlain Memorial Clock Tower is the world’s tallest free-standing clock tower at 100m. The tower is popularly called Old Joe, after the University’s founder and first chancellor. The tower was built in 1900 and redesigned by the chancellor using the Torre del Mangia campanile as inspiration. 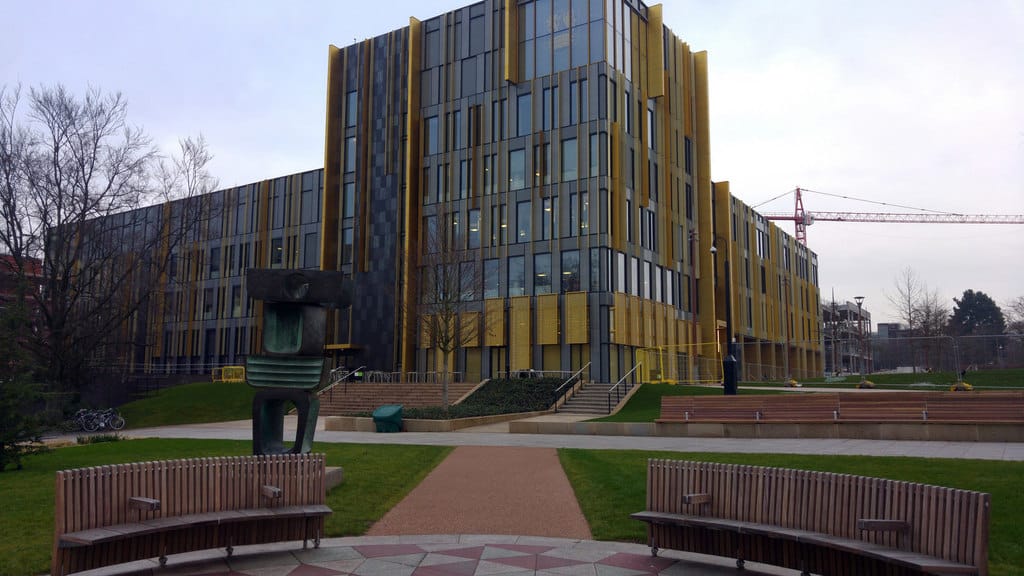 © Copyright Phil Champion and licensed for reuse under this Creative Commons Licence.

2. It is home to Sir Eduardo Paolozzi’s major pieces of sculpture
The sculpture of English scientist Michael Faraday sits proudly over 5 metres high at the university. Donated in 2000 as an honour to centenary celebrations, the sculpture is one of the amazing pieces of the legendary sculptor, Sir Eduardo Paolozzi. Paolozzi is also famous for the mosaic patterns on the walls of Tottenham Court Road tube station in London and Paul McCartney’s Red Rose Speedway album cover.

3. Old Joe is home to Peregrine falcons
Peregrine falcons have been declared an endangered species and are difficult to come by. You can, however, have a sight of them perching up the Old Joe.

It is situated on the Cross-City line, running to Lichfield from Redditch through the Birmingham New Street. You can also get direct rides to Cardiff, Nottingham and Hereford. A ride to the Birmingham city centre only takes 7 minutes and there are trains at intervals of 10 minutes.

5. You could get a degree in mining
Up to 1960s, the university offered degrees in mining and had an underground mine for teaching aid. Mining was such an innovative subject at the time as minerals powered the local economies. Even though the mine was closed and the mining courses dropped by the university, it is one of the historical places you can visit in the university.

We send out emails every week or so with the latest news at The Document Centre, special offers and details of any new products or promotions.

Please click Subscribe if you would like us to contact you by email with information about goods and services which we feel may be of interest to you. We will process your data in accordance with our Privacy Policy. You may withdraw this consent at any time by emailing us OR unsubscribing using the link in our marketing emails.

We are only 10 minutes walk from London Bridge and the Shard.